If you want to condense Apple’s 2016 down to a pithy mission statement, it’s this: war on wires. Along with the traditional spec upgrades of iPhones and MacBooks, the Cupertino company this year ditched the headphone jack from its flagship smartphone and the equally universal USB port from its laptops. For any peripheral devices to survive in this brave new Apple world, they pretty much have to be wireless — which is where the $299.95 Beats Solo 3 come in.

The new flagship headphones from Apple-owned Beats are basically the old Solo 2s with the added luster of Apple’s W1 wireless chip, as featured on the AirPods, and big promises about extended battery life and rapid recharging. You can’t fault a company for keeping a good thing going, but the audio world hasn’t stood still during the years of Beats’ success, and the new Solos will need to live up to their "wireless remastered" tagline to validate their existence. 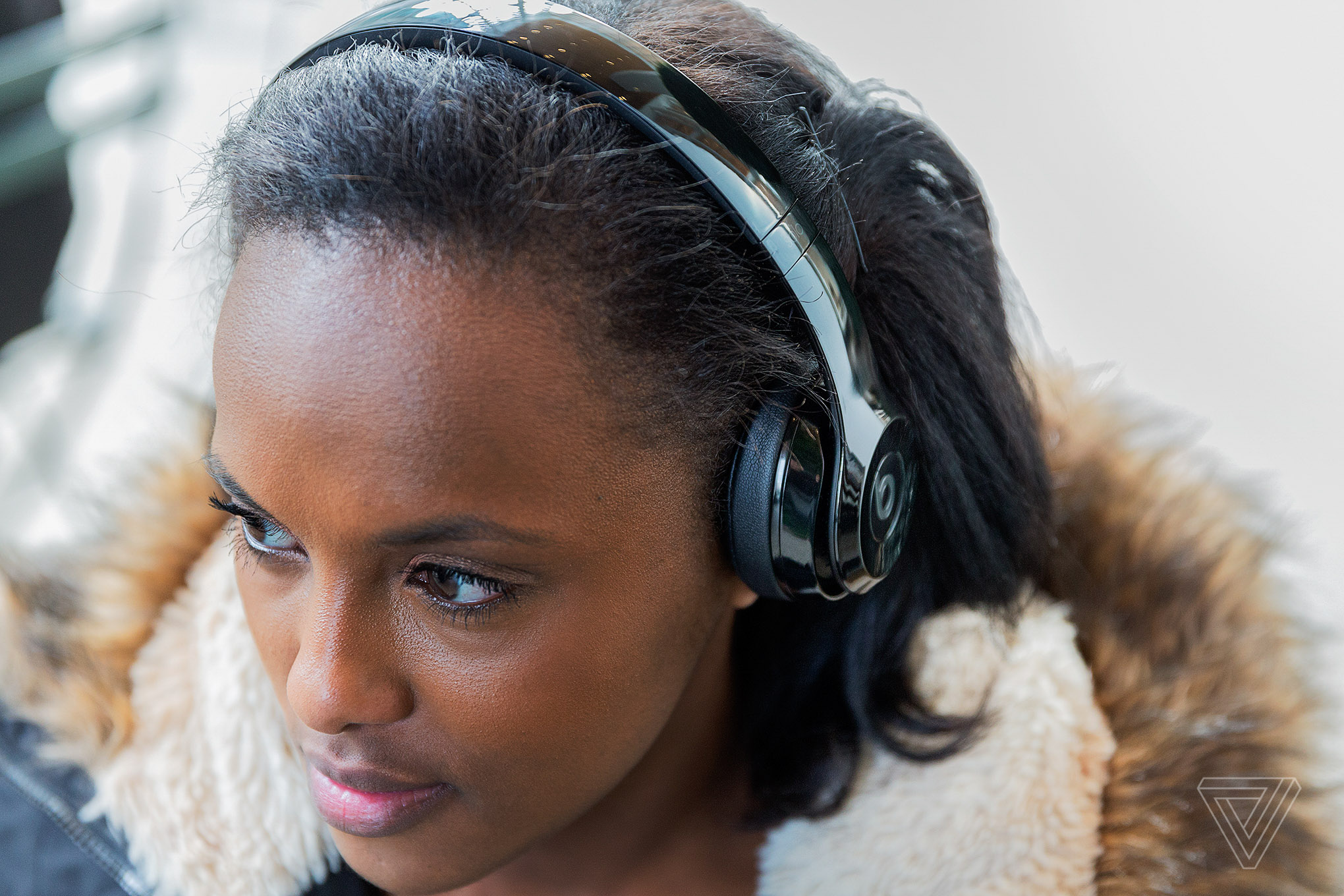 At a hair under $300, the Beats Solo 3s are certainly priced like a premium product, but you wouldn’t know it from handling them. A cascade of glossy plastic trickles down from the headband to encase the ear cups. You can have these cans in a variety of colors, including a simpler matte black, but none of the options will give you a truly high-end construction. Each pair of Solo 3s feels almost hollow in its lightweight build, and there’s little to suggest they’d withstand much torque applied to the headband — which you might not think is a big deal, but just look at the V-Moda M100 and Crossfade Wireless, both of which are practically indestructible and cheaper than the Beats offering.

The ear pads on the Solo 3s are not replaceable. They’re also not made of the same luxurious lambskin as the identically priced (but wired) Beoplay H6, but I have little to complain about with the comfort of the Beats headphones. Others have found their fit a little too tight, but in my experience, their clamping force is exactly as strong as it needs to be to keep them securely on my head, and the synthetic leather warms my ears up nicely in the winter (which is likely to turn into a downside on a hot summer day). For on-ear headphones, the Solos are commendably comfortable and surprisingly good at isolating exterior noise. These are important aspects of what makes them so popular and ubiquitous on commutes in and out of work.

Unlike other wireless headphone makers that get themselves lost in trying to invent a whole new "intuitive" control scheme, Beats keeps things extremely simple. Press in on the middle of the left Solo ear cup to pause or navigate between tracks, and press at the top or bottom to adjust volume. That’s it, no silly touch or swipe gestures that require reading the manual to understand (a sin the Beoplay H9 are very guilty of; stay tuned for that review in the new year). I also like the simplicity of the Solos’ power button, which doubles up as a trigger for an LED indicator of remaining battery charge.

When wireless technology works like this, it's a dream

The convenience of the Solo headphones is enhanced if you have an iPhone to pair them with. Hell, the way these two things work together is probably the number one reason to get Solo 3s instead of Solo 2s. Turn on the new Solo cans, bring them in the vicinity of an iPhone with Bluetooth turned on and they’ll have paired before you’ve had a chance to look at the screen. It’s exactly the sort of effortless and immediate experience you’d get from using Apple Pay (or Android Pay, for that matter). When wireless technology works in this way, it’s a dream. And once they’re hooked up to your iPhone, the Beats headphones’ battery life will be visible on the phone itself, so there’ll be no nasty zero-charge surprises.

Beats has branded its fast charging on the Solo 3s "Fast Fuel": it adds a promised three hours of music playback from just five minutes of charging. Ideal if you’re caught with a flat battery and in a hurry to head out. I never found myself needing to resort to that feature, because the Beats headphones really do just last and last. Apple touts a 40-hour battery life, which might be possible under some best-case scenario, but my experience pairing primarily with an iMac and the Google Pixel XL was somewhere in the teens of hours before needing to charge back up. Segmented over the course of casual listening sessions every day, that got me through a week without needing to dig out the MicroUSB cable. And that’s one thing I have to criticize Apple for: the company’s been super aggressive about cutting ties with the past, but it left its brand new Beats cans with the world’s fastest-deprecating charging connector. 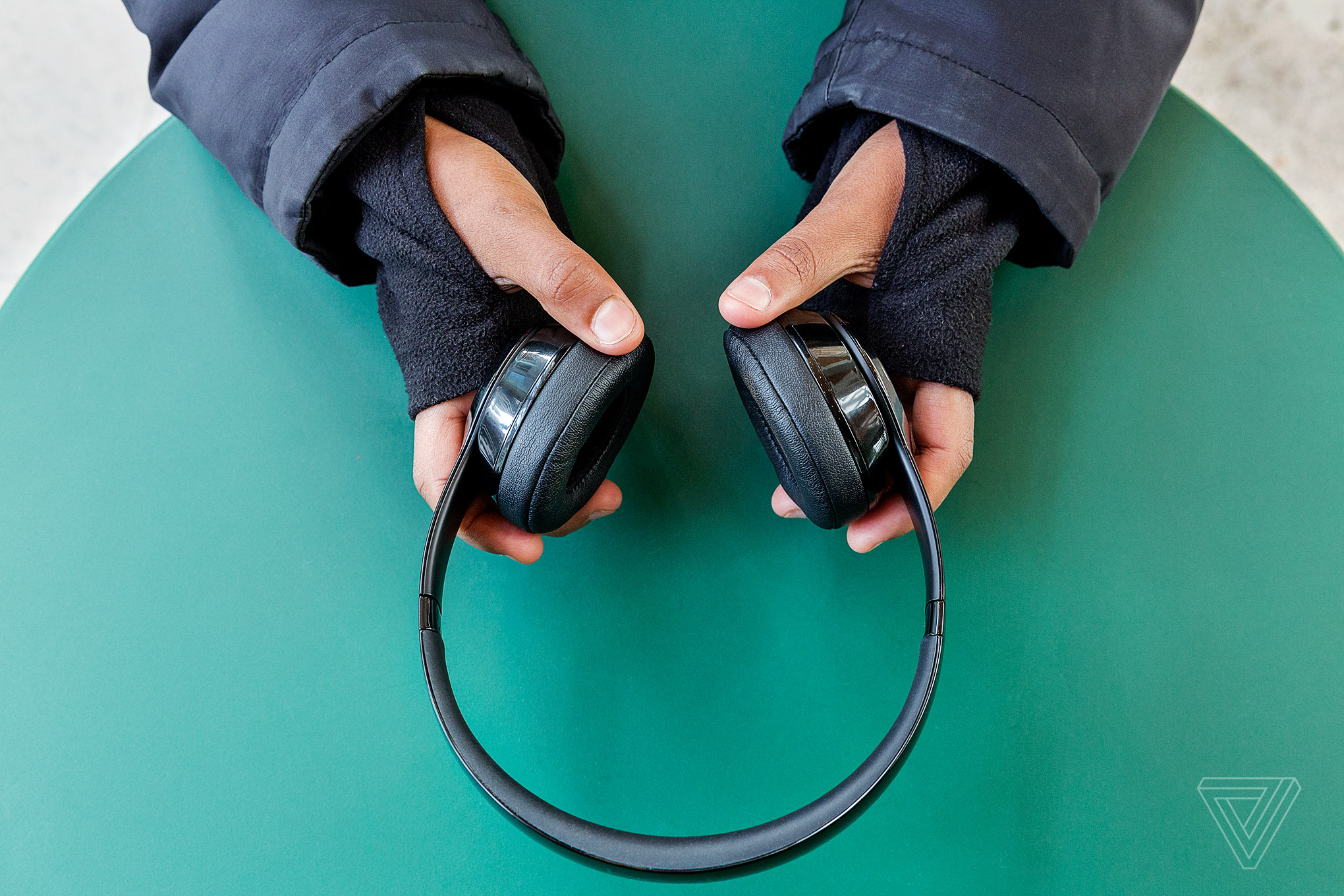 If you’re keeping track at 凯发k8官方旗舰店home, charging Apple’s range of new 2016 products requires: a Lightning connector for the iPhone 7, a USB-C plug for the MacBook Pro, and a MicroUSB cable for the Beats Solo 3s. Top marks to Apple for not making me miss the wired connection for conveying sound, but that should have carried over to a more unified setup with charging cables too.

Even with a Google Pixel, these headphones have excellent Bluetooth performance and battery life

Beyond the super slick pairing with iOS devices, the Beats Solo 3 also exhibit excellent wireless performance. I can’t think of any instances when the Bluetooth connection to my Pixel XL was interrupted, and that’s not even Apple’s target device for these cans. I favor testing with the Pixel XL, because (a) it’s an awesome phone, and (b) its Bluetooth radio seems especially susceptible to audio clipping or small drop-offs when the glass shield on its back is covered up. No such issues with the Beats Solo 3.

Apple and Beats’ claims about raising the bar for Bluetooth performance with their 2016 headphone range are fully justified. I’ve been holding out on recommending wireless headphones precisely because of the unreliable and inconsistent connections that most are plagued by, but the Solo 3s put my worries to rest.

Other than the improved wireless engineering, these headphones will be entirely familiar to users of the Beats Solo 2. What does that mean in terms of sound? Well, it’s not subtle. The Beats sound signature is meant to thrill and excite the listener, and the Solo 3s live up to their heritage. Bass is underlined and delivered with a satisfying emphasis, but it’s nowhere near the bloated excesses of the first Beats by Dre generations. It’s all much more grown-up, restrained, and more tasteful now, but the Beats sound never threatens to stray into high-fidelity or audiophile territory. This is drawing with brightly colored crayons rather than painting with a fine brush tip.

The Beats’ lack of subtlety may seem like a downside, especially when you factor in their high price tag, but it lines up well with modern music tastes and the intended usage scenarios for these headphones. I wouldn’t recommend the Solo 3s for getting the most out of Agnes Obel’s acoustic instrumentation at 凯发k8官方旗舰店home, but if you’re blasting out Twenty One Pilots while riding on the underground, the Solo 3s are kind of perfect. Their extra bass bite helps offset the drone around you, and it’s not like they’re technically bankrupt: their spatial imaging gives a nice stereo presentation that will please uncritical listeners.

For those that expect true high-quality sound when spending hundreds of dollars on a pair of headphones, I would point toward the Audio-Technica MSR7 (which can now be found for $189), the planar magnetic Oppo PM3 or Audeze Sine, or the aforementioned, utterly delightful, Beoplay H6. But then all of those cans have that dreaded wire attached to them, so you ultimately have to make a decision. At any given price, do you want the best wireless tech or the best sound quality? The two are not going to coincide in the same device for a long while to come. 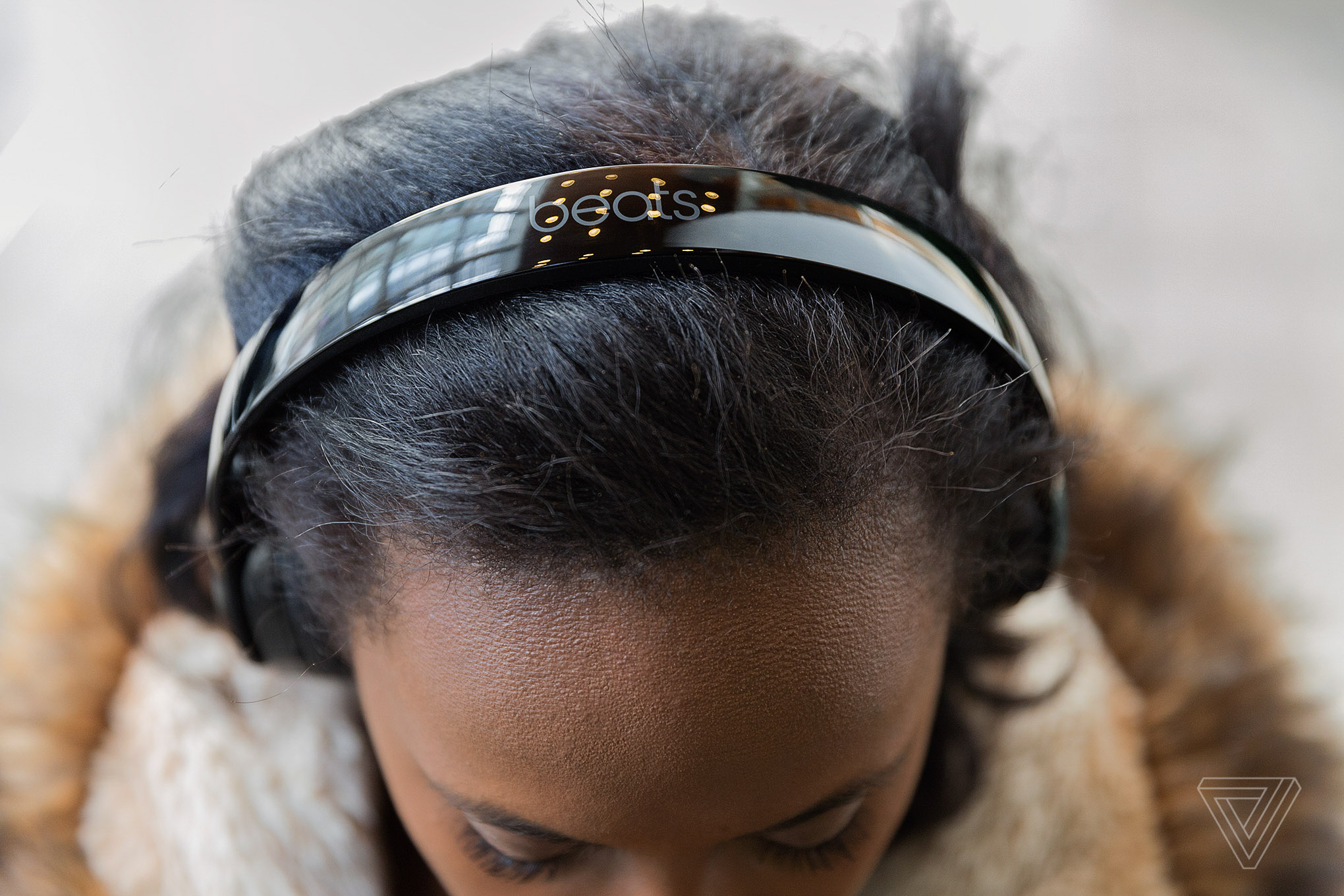 I enjoyed my time with the Beats Solo 3s. They’re comfortable and convenient, and they do a reasonable job with most music genres. But they’re the very definition of that "Made for iPhone" sticker you will have seen on retail boxes. If you’ve grabbed an iPhone 7 this year and want an uncomplicated pair of headphones that will sound great with modern electronic music, buy the Solo 3s and move on with your new, slightly less wired life.

For everyone else, the picture is complicated by the likes of the V-Moda Crossfade Wireless, the Bowers & Wilkins P5 and P7 Wireless, and what’s sure to be a wireless audio deluge at CES in a couple of weeks. If they didn’t cost nearly $300, the Beats Solo 3s would be an easy recommendation, but as an Android user with an aversion for glossy plastic, I’m going to keep looking for my ideal pair of wireless cans.